New EB-5 Program Regulations You Should Know Of…… 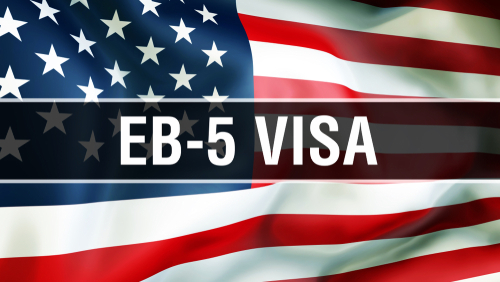 The United States EB-5 visa program was initially created back in 1990 via the Immigration Act of 1990. This act provides immigrant investors the chance of becoming lawful permanent residents subsequent to certain prerequisites and regulations. These lawful residents will be issues green cards if they are able to finance a business in the United States which employs a minimum of ten American workers.

The aim behind the EB-5 program is to encourage foreign investments and economic growth. Applicants are given the choice of investing individually or they can also invest via a large investor pool through regional centers. There are over 800 regional centers in the US. These regional centers are companies approved by USCIS, which essentially create a bridge between foreign investors and developers who are looking for funding

What Changes Have Been Introduced?

Over the course of time, many different amendments have been passed to align the program with the current economic condition of the United States. On May 5th, 2017 President Trump approved the renewal of the visa program as part of the first major piece of legislation in his administration. This bill, in particular, extended the spending bill and immigrant investor visa program till September 30th, 2017.

The most prominent changes were made effective from November 21st, 2019, as the published regulations stated that the minimum investment requirement for non-targeted employment areas has increased from $1 million to $1.8 million and investments made in a targeted employment area (TEA) have increased from $500,000 to $900,000. These Fees will increase every five years according to inflation fluctuations.

Furthermore, the new rules enunciate that states can no longer designate targeted employment areas (TEA). This duty has now been bestowed to the Department of Homeland security that rely on studies of qualified Economist as this institution manages USCIS. This has led to more than 70% of projects in the market right now to lose their TEA designation. This new rule was passed in order to curtail the gerrymandering of TEA designations to ensure projects are located in areas of high unemployment and chances of fraud. These changes encourage the influx of foreign investments to help balance their GDP and GNP but help stabilize markets that may be failing due to lack of funding.

All of these changes have been enacted in accordance with the current market structure of the United States. Although the investment threshold has increased, the rules are still relaxed, especially if the investment is made in a TEA. If you are interested in obtaining an EB-5 visa, it is always recommended to go through a registered company with a proven track record.

Foreign markets have a lot of potentials but do have high risk criteria, especially if you have not gained targeted market insight.

Today, American immigration Group has representations in China, Vietnam, India, Brazil, the Middle East and working on the expansion in many other countries. These companies are further facilitating foreign investments and streamlining the EB-5 program for potential applicants.

How Do Investors Directly Benefit From This Program?

Ultimately, this program provides investors the chance to obtain a green card through investing in a new commercial enterprise. Through this program the investor will not require a US citizen to sponsor the investment and nor does it require any specialized knowledge or skill.

Once the investment has been approved and qualified the investor and his family will be provided with conditional permanent residency for two years. After this duration, if the investment has met the predetermined program requirements, the investor and their family will have the conditions removed from their status. This status will remain effective indefinitely, however, after five years from the time the conditional green hard was issued, EB5 investors can apply to become naturalized citizens of the United States.

Contact a renowned company and start your dream of obtaining permanent residency in the United States.